At the conclusion of the 2018 New York City Marathon last weekend, there was plenty for U.S. distance running fans to celebrate. Americans took four of the top 10 spots on the men’s side, and six of the top 10 spots on the women’s side – led by beloved veteran Shalane Flanagan’s third place finish and her third podium appearance at NYC alone. On the men’s side, the U.S. men saw a resurgent and healthy Olympian Jared Ward take top men’s honors, followed closely by one of the event’s brightest young stars in Scott Fauble. The race also featured an intriguing, albeit somewhat disappointing, debut by a titan of the sport in Bernard Lagat but that’s the marathon.

And yet, the Internet™ did what it does best: Complain. Primarily about the state of marathoning on the men’s side.

Between the (temporary) loss of Galen Rupp to Achilles surgery and the ongoing sub-2:10 drought plaguing his compatriots, a narrative emerged that American men couldn’t hang with the East Africans and that something was somehow “wrong” and in need of fixing. It didn’t help that the comically-fast second half run by women’s champion Mary Keitany was bettered by only one U.S. athlete in the field or that many of the country’s top Americans in recent years have also been setting Masters’ records at the same time. The persistence of this criticism on message boards and race recaps caused Ward himself to take to Instagram to respond to these claims.

Now, I don’t think it’s fair to blame the lack of sub-2:10 marks on any one individual (or group of individuals) as symptomatic of Americans being fundamentally “bad” at the marathon or “softer” than our predecessors in the 1970s and 80s. There are many possible explanations for these phenomena, from the explosion of East African dominance on the roads to the introduction of more championship-style road races to the increased longevity of track and field careers resulting from smarter training and better sports medicine. I’m less interested in parsing out the past than looking toward the future – one of the best parts of being a fan is the persistent hope that we can always do better next time around.

So where do “we” go from here? Here are a couple thoughts.

A big part of the dearth of fast marks in American marathoning is the fact that top American elites routinely choose domestic races over international competition. There are many reasons for this, including money and opportunity, but the reality is that the podiums at races like London and Berlin look very different than those at Boston and Chicago. The second American finisher at London this year was Daniel Glaz, who ran 2:28:07. In Berlin, it was Brendan Martin, who ran 2:16:26. In Amsterdam, it was Steve Hallman in 2:26:34.

What do these results have in common? Despite being incredibly impressive performances from American studs, as best I can tell, none of these runners are full-time professionals. For whatever reason, top American elites are not flocking to the fastest courses in the world in the same way their East African counterparts do. Now, I’m not saying that there isn’t incredible value to having our brightest stars race for “home crowds” – having spectated both Boston and New York this year, I can say without hesitation that both were incredible sporting events for the runners and fans alike – but if we are so insistent that what we really want out of our athletes are fast times, then maybe we should start sending them overseas where courses are flat and 2:04s are common.

The Chicago and California International Marathons are world-renowned fast courses that have seen their fair share of speedy times. But more options is always better, and in terms of sub-2:10 potential, the conversation around where to chase fast times should really be focused on rabbitted races in majors or major-equivalent elite fields. CIM’s course record is 2:10:26 and was set in 1993. In the three years that Chicago did away with pacers, only four runners total broke 2:10 and none broke 2:09. If Americans want fast times, they may have to go abroad to get them.

Make the half marathon sexy

The half is the weird, overlooked middle child sandwiched between the 10K and the marathon. We rarely pay as much attention to it as we do the full marathon (maybe it’s the name), and yet both the men’s and women’s world records have gone down in the last 13 months. As runners from Emily Sisson to Mo Farah have demonstrated, it’s also a more accessible distance and being a full-blown marathoner is far from a prerequisite for participation.

The first American not named Galen Rupp on this year’s world leaderboard is Leonard Korir, who quietly ran the 51st-fastest half time of the year in New Delhi last month by finishing 6th in 60:12. Korir has yet to debut in the full marathon distance. So where’s everybody else?

More American men should chase fast half marathons and here’s why:

1) You don’t have to commit a full buildup to get valuable long-distance racing experience, and can race the distance more often.

2) You can simulate the kinds of efforts and paces needed to win marathons in both rabbitted and championship-style races before you’re “ready” to do so in a full marathon.

3) As a track runner thinking about moving up, you can test your aptitude for the longer distances without traveling too far away from a 5k/10k training plan.

The half doesn’t have the glamour of track races or the respect of the marathon and maybe that’s why we don’t see a more robust U.S. half marathon scene. Especially as coaches grow increasingly hesitant to “overrace” athletes, we need to be increasing the appeal of the half, whether it’s in prize purses, fan attention, or field quality. If we had our top runners focusing on the half with a fraction of the popularity that we place on other events, the full marathon will ultimately benefit too.

One common complaint is that Americans transition to the longer distances too “late” in their running careers. I don’t have nearly the knowledge base or expertise to know whether this is good or bad, but I can say for certain that we’ve seen a small but noticeable uptick in American studs pursuing the marathon at a younger age, and if they’re going to commit, we should support them.

Scott Fauble turned 27 the day after New York. Parker Stinson is 26. Chris Derrick just turned 28. These are just a few of the young, talented runners who have “made the switch” in recent years and they also happen to be among the more charismatic and well-followed distance runners in the sport right now.

Building a fanbase is the great Sisyphean task of this sport, and the marathon is no exception. Our megastars on the women’s side have generated renewed interest in the marathon not just through their accomplishments but through their robust engagement with their fans, whether through cookbooks or coffee beans. The reality in athletics is that with popularity comes money and opportunity, not just for those runners individually but for groups and events generally. If we can lift up our young marathoners, they’ll in turn lift up the event as they grow and gain footing on the international stage.

Do I have all the answers for the magical resurgence of men’s marathoning? Absolutely not. Do I even think men’s marathoning needs a resurgence? Not necessarily, although plenty of others seem to think so. But as we move deeper into the next Olympic cycle, those that care about the sport generally and American distance running specifically should always be looking for ways we can work together to build on what we have, not to minimize what’s already been done.

I’m a firm believer that the future of American marathoning is bright. I, for one, would love to send a group of marathoners to Tokyo with zero doping allegations attached. Setting lofty goals is important, as is creating the circumstances to make those goals possible. The sub-2:10 drought can’t last forever, so here’s hoping when it does go down it also opens the floodgates. 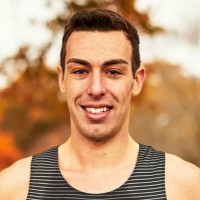 Leah O'Connor: "Dear Struggling Runner" on Opening Up About Her Recent Injuries, Setbacks