(Many thanks to Ciaran O’Lionaird and Madeleine Davidson for the photos).

Scott Olberding: First off, congratulations on surviving and thriving during your race in Bend, Oregon. Do you think the course had any impact on the outcome of qualifying for the team?

Emily Pritt: I think that course being so tough was a fairly good reason why I made the team. It was actually my first 10k, ever. My former teammate and coach, Greg Dame (External Director of Operations at NC State), had prepared me well for the conditions but I was a little bit nervous the day before because the course was in very rough shape; there was still a lot of snow, there was still a lot of mud, and while that usually benefits me, I was somewhat concerned with the uneven footing since I still have a bit of hip instability. I actually fell on the course during the warmup on the day before [the race]. Fortunately the next day the loop was in much better shape. But it was true cross country out there and that’s where I do best. SO: You raced with Bowerman Track Club, with mixed professional women and elite (unsponsored) women. Was the team aspect important for you and were you able to key off of that while racing?

EP: Definitely. I thrive a lot more in cross country because there is a more prevalent team mentality. So even though the race wasn’t necessarily centered around the team aspect, the fact that there were four of us all in the same uniform definitely played a role for me. I wanted to run well for Carrie, Courtney and Julia. I knew that Courtney would be vying for the top spots, so I tried to make sure that I was up in the top ten. There’s also just a comfort in having other people to travel with and keep it relaxed.

SO: You race as an Elite team member of BTC and also coordinate a lot of the logistics for the Professional, Elite and Youth teams. That includes coaching the kids, which has to elevate the level of accountability you have for yourself while training and racing, right?

EP: Absolutely. You can look at it from a lot of different ways. But from a coaching perspective, especially with the youth we work with in the fall during the cross season, you have to lead by example. I think it’s important to be able to show them that you are doing the things that you are asking them to do. It’s also nice to just show them that you’re a serious athlete. When you look at a guy like Dan Huling or Chris Derrick or Elliott Heath, when they come to practice they kind of automatically have an aura of authority and respect since they are professionals. And, in a sense, I kind of have to convince these kids that I can help them as well. But it also gives me a great connection to the kids going out and representing the club in the same way that we ask them to. It’s a great bonding for me with my youth athletes.

SO: You graduated for North Carolina State in 2014 after a pretty successful collegiate career. You then ran in the 16:20s in the 5K after college, which was a personal best. How have things changed since college?

EP: I think just being able to string together some training has been key. Recently I had been training consistently but not racing a lot which wasn’t good. In that 5K, I went out conservatively and finished thinking, ‘man I think I have 10-15 seconds left in my legs’. I realized that was becoming a bad pattern for me, just being too conservative in racing because I wasn’t confident in my training enough and hadn’t been racing enough to prove to myself I was fit. So going into US XC Champs, I was telling myself that I’m not doing this conservative bullshit anymore. It was good for me to to recognize that pattern and change it.

SO: Especially as someone who works full-time and trains hard, capitalizing on any racing chance you get.

EP: Yes. More so being okay with going for it in a race and if I die or fade, then that’s okay. Make it worthwhile. I’m not a professional, so essentially it doesn’t matter if I push myself to the edge and fall off it sometimes.

SO: You’ve been dating Ryan Hill since college. In 2009 you both made the World XC team as juniors. At that point, you two were essentially on the same level. He’s had a steady climb since college as a professional. Obviously you are supportive and want him to perform well, but at any time was it difficult to watch him have success while you were trying to work through injury?

EP: Sure. We both came to NC State in the same year. 2009 was my best year in college. I made the junior World XC team in the spring and in the fall I was an All-American (17th) at NCAAs. I joked with Ryan after the race, since the men went first and he finished 23rd, that once I saw that, I knew I had to do better and beat his place. I had started to run well that indoor and outdoor season but then started having some hip pain. It took almost an entire year to diagnose the issue but they found out that I had a hip labral tear and hip dysplasia so I pretty much had reconstructive hip surgery. It was a grueling three year process and it was hard to pretty much be left behind by not only Ryan but just all my teammates in general, who were training, racing and improving. After surgery I had to re-tailor my expectations. So after I was telling myself, “OK, I’m not going to win a national title. I’m not going to have a go at a few more All-American plaques. I’m probably not going to run 15:30 in my time here.” These were goals that I had set going into college and I came to the realization that if I was ever going to love running again, I needed to readjust my goals and run for the different reasons. I loved my team at NC State and running enough to push myself and try and come back to running regardless of the outcome, and that was liberating. Dealing with that process of mentally being okay with not being the athlete I set out to be, not competing with my teammates and operating in the shadows of the team a bit. That was the toughest part about it all. For a while I just got older and new classes would come in and have never seen me compete with them. But if anything, seeing Ryan continue to improve and achieve his goals was elating because he was so supportive of me through the injury process. I wouldn’t have made it through that whole injury process without him so it was nice to see one of us achieve success in the sport at that point.

SO: I’ve heard there is a theory in the Bowerman club of “energy.” Can you explain that a little bit?

EP: (laughs) I don’t remember who specially came up with the theory but it basically goes that if both people in a relationship are running competitively, there is only enough cosmic energy for one person to be racing well. So we’re were having dinner at the house and Mo Ahmed asked “What were you doing on January 25th?” So I looked at my log and said that I took that day off since I had a few minor things that were bugging me. Mo went nuts and said that Ryan had taken that day off in Flagstaff and didn’t tell me. This convinced everyone that our planes had converged. So now we’ve decided that our energy has aligned and that we’re both going to run well this year. It’s similar to your Power Crystals theory (Editor’s Note: power crystals are very real and an important aspect in marathon training. E-mail me for details).

SO: Well you both had great months. You made the World team and he had a great race at Millrose Games in the Paavo Nurmi Two Mile.

EP: Exactly. Dan Huling was convinced that Ryan was going to run terribly at Millrose after I made the team. He said he was going to run over 9 minutes before gaining the energy back and running like 12:50 this summer. So it’s nice to see the theory isn’t perfect. SO: You’ve made a World’s team, what is the goal going forward?

EP: I just want to race well and represent Team USA. I still feel like I have a lot to prove. I think I’m the only person going to Worlds that is not sponsored on either the men’s or women’s side. I definitely am under no illusion that one race is going to change everything or that all of a sudden I’m going to run professionally. But I want to prove that I belong on the team.

EP: Absolutely. Carrie Dimoff was joking with me before the race and asked me if I brought my passport (Editor’s note: You need to bring your passport for post-race processing if you qualify for the team). And I was like “Yeah! I thought I can make the team so yeah I brought my passport!” You need to be realistic but also need to have the mindset that you can accomplish big goals if you believe in them. I still feel that I have a lot to prove and need to earn people’s respect. I don’t want people to think that someone else could do better with my spot at the World Championships.

SO: Do you have the mentality that you need to beat U.S. women in Uganda?

EP: I’d say my goal is to be in the mix to score for the team, so effectively that would mean I’d need to beat some American women, sure. But my goal is just to race the best I can and put myself in a position to be successful. I’m looking forward to racing with people that I haven’t raced with before. Anything can happen. 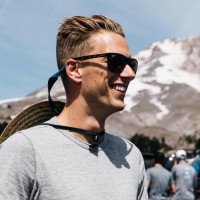 Never too early to get excited about the U.S. shot put in 2017