I’m still in a GroupMe with all my high school teammates and it’s active daily.

With the proliferation of technology, we all enter the Matrix on a daily basis to get our dose of the world we participate in from afar. Now, this isn’t a soapbox on how technology is slowly aiding in the de-evolution of human interaction and communication skills. This is an anecdote for the bonds you create during the most formative years of our youth; high school.

Okay so maybe I am romanticizing how great (or terrible) high school was for the average kid. Then again, not every high schooler was truly dedicated to a sport that attracts the weird, and almost fringe characters who come together to run distances the layperson finds terrifying. I feel confident in saying that every runner, at some point or another, felt that the sentiment toward distance runners was somewhere along the lines of “nice shorts bro” or “put a shirt on freaks.” We felt pride in the fact that we were fighting the good fight in pushing our bodies to run long distances for seemingly no reason. Anyone who was on a high school cross country or track team, hopefully, felt they had found a tribe of mildly insane brothers and sisters to suffer countless miles with – and this made all the ridicule okay.

Back to the technology – GroupMe. When I was in high school, iPhones were hitting the peak of their technological popularity and prowess, but there were some holdouts (weirdos) to this craze. Thus Groupme became a way to communicate on large scale in a device agnostic environment. To be honest I am not sure when our Groupme group was formed, nevertheless it evolved into a common thread of communication. As each class left our ‘modest’ hometown of Southlake, Texas to our respective institutions of higher education, it held us together. Dubbed “The Situation Room”, it has been a source of countless memes, sh*t talking, political rants, general debauchery, etc. etc. To divulge the contents of this group would be horrible, but it allowed us to maintain a bond we formed during the countless miles of training and racing. We found an outlet for the never ending banter once held on the grandstand of the run. Each one of us has gone on our own paths through this crazy world of ours. The one constant we maintained is the fact that our family of Carroll Cross Country runners talk to each other on a daily basis.

Some may consider this a sad attempt to relive the glory days or to be consumed in nostalgic feelings of how good we actually had it. A time where the only worries we had were what video game we would get lost in next or how fast our recovery runs should actually be… which is still up for debate. But to those naysayers, I would like to address you directly by saying you’re probably right and I don’t really care. Connection is something we all yearn for. I am lucky enough to have maintained some semblance of a connection with a special family who had special goals. It has given me the best of laughs and a support system in the lowest of points. Relationships come and go and that is the sad fact of life. When you find your tribe, hold onto them in whatever way you can. Our way is with an app that serves very little purpose except for archiving the thoughts and discussions of my tribe. For that I am thankful.

Where and how do you keep in contact with your tribe, if at all? Does it keep you together or create distance you wished wasn’t there? If you have been out of contact, when and why did this come about? I’m genuinely curious so email me, [email protected] 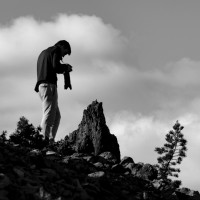 Photographer. 1/3 of A Runner's Eye. Founder of the Twitter formerly known as Runners & Cats. Often writes overly romanticized recollections of his running experiences, which include being a Richmond Spider and USA Mountain running team member. Has used the same Garmin for more than 10 years and in middle school he broke Colby Lowe's district-wide mile record.