Heading into summer training, distance runners hear lots of advice and precautions from their coaches and teammates. On the whole, the tenor of the message comes out to: “Train hard, but not too hard. The cross-country season is long and we’re saving up for the postseason.”  Sage advice, no doubt.

Once the season starts however, this cautionary tone often falls by the wayside and the games begin. Anxious runners, sick of boring old mileage, find some extra pep in their step as August gives way to September. Progression runs slowly transition into intervals. Scorched calves struggle to function after that first workout on the grass. What were once fun post-run strides become but a small ritual that milers and other crazies cling to as a reminder that track season will someday arrive. As aches and pains turn into a dull roar, it can be difficult to distinguish soreness from genuine casualties. Whether the result is injury or overtraining, the chaotic influx of new stimuli carries as much risk as reward.

Burnout is an especially real and immanent danger for cross-country runners—especially those who aren’t top dog. The cohesive, team-focused quality that makes the sport so special can easily turn into a double-edged sword. Parallel to this sense of cohesion, many runners feel pressure to keep up on every run and in every workout, however fast or new it might be. Any given run might be controlled by whoever happens to feel the best that day. Good coaching and team leadership goes a long way in preventing zealous young runners from falling prey to this, but in the end, one must learn to exercise good judgment. After all, when it comes to burning out, you’re your own last line of defense.

So what’s the secret then? How do we prevent burnout?

I can’t promise a perfect answer, but my suspicion is that it starts with knowing your body well.

Still, learning your strengths and limitations is no easy task—I’ve definitely never figured it out completely (see my previous piece, “Riding Pine”). But I’ve had several teammates with a fantastic sense of their own running style who managed to optimize their fall training in impressive and often creative ways. If you ask me, there are as many ways to treat one’s body carefully and prudently as there are runners out there. As with many things, learning about your running-self takes trial and error, some reflection and proper guidance.

What never fails to baffle me is the diversity of strategies that I’ve seen runners use to avoid burning out. I’ve seen folks with detailed cross-training schedules, physical therapy routines, strategic dietary plans and the whole bit.  They’re the Chris Traegers of the running world. If they slip in one of these areas, they might feel sluggish or find it hard to perform.

Some folks seem never to burn out, but trust me—they’re still making strategic training choices. I once had a teammate who refused to run less than two hours for his long runs all cross-country season, until the week of NCAA’s.  On the surface, this might seem crazy and irresponsible. But being a certain brand of distance runner, the long run just kept his body feeling right. If he needed a break, he might skip a morning run (although I’ll admit, I have a hard time remembering him skipping any). Other, equally brilliant runners would never dream of adopting this strategy.

I’ve seen successful runners who take ice baths almost every day and others who never go near them. Some need to feel “springy” to run a good race, others need to be reminded that cross-country races are “just a hard tempo.” All of these different preferences point to the fact that there are several types of runners who all need different things at different times.

So how do we learn which rubric is ours? Frankly, aside from trial-and-error, I’m not totally sure. But there are two important takeaways from this discussion: First, don’t think that you’re immune to burning out. Nobody is invincible. Everyone has an Achilles heel. Sleep a lot, change your shoes often, and above all, be deliberate in your decisions. Don’t make irresponsible training choices just because it seems hardcore. Second, pay attention to what you feeling. Keep a training log and reflect on it. Don’t ignore persistent aches and pains. Learn what you’re capable of and where your weak points lie. Getting to know your running-self takes time, patience, some mistakes and no small amount of reflection.

There’s no foolproof way of preventing things like burnout. Still, even if there were some flawless, tried-and-true method guaranteeing that all runners would turn into Mo Farah, wouldn’t that destroy the beauty in the sport? Ideally, running is a process.  uccess is sweet, but it’s all the sweeter against the backdrop of struggling. All that just to say: Be careful out there folks. Learn how to treat your body right and do just that. 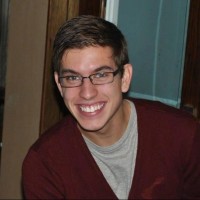