Courtney Frerichs is on a tear. In the last year, the gymnast-turned-soccer-player-turned-runner has won the 3,000m steeplechase at the NCAA Championships, set a new collegiate record in the event, and made it to the finals of the 2016 Rio Olympic Games. She recently finished second at the USATF Championships, adding her first senior world championship team to her resume. Frerichs looks to keep the momentum going in London this August.

As you can imagine, someone who consistently excels in big races has a pre-competition routine she relies on. A carefully curated soundtrack of energetic songs, many of which she associates with past performances, is part of Frerichs’.

“My favorite song/race combo would have to be So Good by B.o.B.  I was listening to it while warming for USA Juniors in 2012 and noticed the song said “We’re Barcelona bound” for the first time. I ended up qualifying for Junior Worlds in Barcelona that race, so listening that song brings back a really good memory.”

“I love anything with a good beat like dance music or EDM, so there is a lot of Calvin Harris or David Guetta.”

“For the last few months, I’ve been at altitude camp with some of my Bowerman Babes and we often have an hour drive or so to workouts. We love getting pumped up for our workouts with the Pitch Perfect soundtrack as well as 2000’s pop radio. Emily and I make quite the duo for Promiscuous.”

Find Frerich’s whole pre-race playlist below, and mark your calendar for August 9 to watch our Team USA steeplechase ladies take on the world in London. Finals are on August 11. 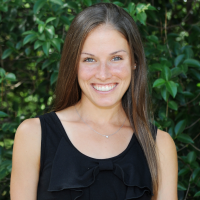