2017 New York City Marathon champion Shalane Flanagan makes a very short cameo in a Michelob Ultra commercial that will air during the Super Bowl on Sunday. Her cameo is super short but she’s provided us with a gif that we can now use any weekend as she sings along to the Tom T. Hall song “I Like Beer.”

I like they are paying Shalane to be part of the campaign instead finding someone like Gronk or Lady Gaga to play a runner. Chris Pratt is also in the ad and I’m totally fine with him because I particularly enjoyed “Moneyball”. (Editor’s Note: Pat initially thought Pratt was one of the stars in “Just Friends.” That was Ryan Reynolds but that’s a common mistake because Pratt used to be married to “Just Friends” co-star Anna Faris. Pat isn’t quite over the breakup yet.) Pratt also completed an IRONMAN 70.3 race in Florida in 2015 so he doesn’t just play a jogger in movies.

If you know me personally, you know I enjoy beer. I’m not a huge fan of Ultra, but I get it. I’ve been to a Rock ‘N’ Roll Marathon afterparty and sucked a few down because that’s all they have at their parties. Fellow Citius writer and Zima enthusiast, Kevin Liao, is pretty against Ultra and Slacked me to share the commercial and say “It is basically water disguised as beer.” I’ll buy an Ultra tall boy, maybe a flavored one, to show runners will support runner beers and sponsorships. My personal opinion: If you’re going light beer, Coors Light is always best. But if you want Ultra Light, may as well drink one for Shalane. 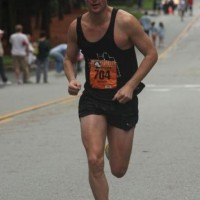