Here’s a few stars of note:

If you want the full Drew Windle story, check out this Citius-exclusive profile by yours truly. The short version is that Windle has taken a second off of his 800 PR pretty much every year since high school, and this year at USA’s that meant snagging the last ticket to London. With a few big names missing from the Worlds field in the 800, Windle has a shot at racing his way into the final.

Update: Windle made it to the semi’s but missed the final by a couple of places, leaving his signature surge a little too late.

Ajomale has only competed two years at Academy of Art in San Francisco, but he already owns an Olympic bronze medal to go with four Division-II national titles. The bronze came in the 4×100 in Rio, when the Canadian team finished fourth in the final but were awarded third after the U.S. was disqualified. Ajomale ran in the prelim but not the final for the Canadian team. He anchored the prelim but was swapped for Andre DeGrasse in the final. Ajomale sports some serious range, from 6.57 in the 60 to 47.25 in the 400. In London, he’s listed on the 4×100 team for Canada.

B.J. Ellis Jr. was raised in Barbados, from age 4 up to eighth grade before moving to North Carolina where he had a dominant high school career and competed collegiately for St. Augustine University, a Division-II sprint powerhouse. Ellis Jr. qualified for the 200 in Rio, but went out in the first round. He’ll run the 200 in London, and is also listed for the Barbados 4×100.

Update: Ellis bowed out in the preliminary heats of the 200.

Henderson won gold in Rio by a centimeter on his final jump of the competition, a crowning moment in what has been an incredibly consistent career for the long jumper from Arkansas. He won an NJCAA national title before making his first world team in 2010. He’d go on to compete at D-II Stillman College in Alabama, winning national titles in the 100 and long jump in 2013.

Update: Henderson struggled in London, missing the final after a difficult qualifying round.

Kibwe Johnson could easily be credited with putting American hammer throwing back on the map. When he placed 9th at the Olympic Games in London, he was the first American to make an Olympic final in the event since 1996. He started his college career throwing disc at the University of Georgia, but transferred to Division-II Ashland University as he shifted to the hammer. He owns eight of the top 10 longest throws in Division-II history. This is be Johnson’s sixth time throwing hammer for the USA at a global championship.

Update: Johnson missed the final in the hammer, fouling a throw and heaving two 68-meter efforts in the prelim.

Hackett ran two years at Lincoln University in Missouri before transferring to Louisianna State. In her time at Lincoln, she absolutely dominated Division II, claiming back-to-back titles in every short sprint besides the 60, which she only won her sophomore year. She also ran on multiple championship relay teams. She was on a Trinidad and Tobago 4×100 team that took bronze in Beijing in 2015. In London, she’s qualified in the 100 and the 200, and is listed for the 4×100.

Update: Hackett is in to the semi-final for the 200 set for Thursday. She’s slated to run in heat 2.

Danielle and her sister Shermaine dominated the Division-II sprints for Johnson C. Smith University in North Carolina. Danielle won a world championship in 2015 in the 110 hurdles for her native Jamaica, but missed the Rio games after hitting a hurdle in the final at the Jamaican trials. This year, it’s all about redemption.

Butterworth was a championship stalwart for the NCAA’s only Canadian affiliate, Simon Fraser University, located outside Vancouver, British Columbia.  Butterworth was a Division-II champ in the 800 both indoor and outdoor in 2015. London will be her first international competition.

Harris won a slew of D-II championships for Livingstone in 2014 and 2015. Hayes owns a world indoor bronze medal from 2016 and a gold in the 4×4 from the IAAF world relays. She reigned supreme in Sacramento at USA’s this year, and carries a strong resume into London.

Update: Hayes missed qualifying for the 400 final by one spot in London.

Belle is another St. Augustine’s athlete representing Barbados. She won three national titles in the 400 hurdles and qualified for Rio, but didn’t make it out of prelims. 2017 was Belle’s senior season, so she’s just getting started in the professional ranks and representing her home nation at global championships.

Update: Belle went out in the first round of the 400 Hurdles on Monday.

Kinsey, now 29, has taken a less than direct path to the World Championships. She was a European junior champion in 2007, but gave up the sport completely a couple of years later to focus on ice hockey. In 2014, she started school at Central Missouri University and found her way back to the track. The next year, she would win three Division II championships, two in the high jump and one in the triple jump. She would go on to compete at the world championships that year and would go on to contest the indoor world championships and Olympics in 2016.

Levern Spencer only spent a season competing for Albany State, but in 2005 she set what still stands as the third-highest mark in Division II history, tied with Erika Kinsey. Spencer moved on to the University of Georgia, where she had string of successful seasons that led to qualifying for the 2008 games in Beijing. Eight years later, she would become only the second Sait Lucian ever to make an Olympic final, placing sixth. She will be the sole female representative for Saint Lucia in London.

In her first two years at West Texas A&M, Kaputin has broken the Papua New Guinea triple jump national record twice, and has taken home a couple of national titles. She’s also claimed a slew of top-five placings in the long jump and high jump. She’s half of a two-woman team Papua New Guinea will send to London, and will contest the long jump.

Update: Kaputin failed to make it out of the qualifying round, jumping 5.59 meters. 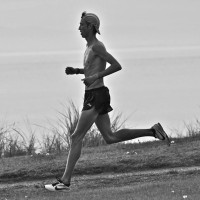 Andrew Wise is a decent steeplechaser and journalist running and writing in Colorado. He just finished up his on degrees in Journalism and Environmental Policy at Western Washington University. He lived in a van and chased PRs in the summer of 2018 before becoming an official CITIUS MAG blog boy.