The heat check. Where an athlete experiencing a run of success is expected to keep pushing the limits of his or her success until met with failure. Think of it as Newton’s First Law (objects in motion…) applied to sports. In basketball, a shooter whose drained a couple threes will generally get the green light to continue chucking from wherever they see fit until they cool off. For Steph Curry, a few made threes in a row means that an off-balance 30 footer seems like a reasonable shot. That’s his heat check. The heat check has the chance for spectacular failure, but the hot hand isn’t getting benched for trying.

Considering just how on fire the man has been, his heat check comes in the form of attempting to break 3:50 indoors for the mile. This Friday at Boston University, the King will try to join Hicham El Guerrouj, Eamonn Coghlan, and Bernard Lagat as the only men to accomplish the feat. Heat check, indeed.

But is Cheserek ready to become a member of that elite club? His results so far in 2018 trend towards the affirmative.

In consecutive weekends, the 24-year-old has wowed us with two outrageously fast mile times that, when converted, are among the fastest indoor miles in world history.

Just two weekends ago, King Ches made his thrilling 2018 debut in Albuquerque, New Mexico, scorching a 3:54.73 at 5,312 feet, which converts to a sea level time of 3:49.62. Taken at face value, that time would be the second-fastest indoor mile ever. Of course, track and field doesn’t work like that, but that conversion hypothetically slots him behind El Guerrouj’s 3:48.45 world record and ahead of Coghlan’s 3:49.78. That’s pretty impressive company.

Cheserek wasn’t done. Maybe not quite as impressive, but not too far behind, was his win this past weekend in Winston-Salem, North Carolina at the Camel City Invitational. Ches needed to run sub-3:54.02 to break Matthew Centrowitz’s meet record, and after blowing everyone’s doors off by going out in 1:55, the King came home in 3:53.85 on a flat 200m track. This time the converter spit out a 3:50.91, which would put Cheserek seventh all-time, just ahead of Galen Rupp’s best of 3:50.92.

The 3:53 result in North Carolina not only broke Centro’s meet record and earned Cheserek the full $9,000 prize, but according to Jesse Squire, it was the second-fastest mile ever run on a 200m flat track. We’re only just barely into February, but the superlatives have come early and often for King Ches.

Now I know this isn’t an apples to apples comparison, but three weeks after Centro ran his 3:54.02 at Winston-Salem in 2016, he notched his indoor mile PR of 3:50.63 at Millrose, the fifth-fastest in world history. Maybe Centro would’ve run faster than that 3:54.02 in a tactically different race, but of course the same could be said of Cheserek’s run on Saturday. Runner-up Paul Chelimo finished a whopping 4.74 seconds behind him, so it’s likely that Ches had a bit more in the tank. The point is the man is fit, and he seems primed to be at or near sub-3:50. He’ll have his chance on a banked track Friday with a strict pacing regimen meant to facilitate a performance the likes of which have been seen just twice on U.S. soil.

This attempt will be carefully curated with the clock in mind. Brannon Kidder will pace the King through 800m in 1:54 with Nick Willis pupil Hamish Carson taking Ches through 1200m with a 2:52 target. The 1:54 should be no problem since Cheserek hit 1:55 on the flat track in Winston-Salem, and of course, that would mean the young pro would be on world record pace at halfway.

The “on world record pace” bit will certainly move us further up the edge of our seats should Cheserek cross that halfway mark on target, but I have to think the 2:52 plan for 1200m tempers the expectation a bit for Cheserek passing the immortal El Guerrouj. By planning for “only” a 58-second 400m split from 800m to 1200m, it looks like Ches wants to catch a slight breather before throwing everything he has into the last two laps.

But maybe ultimate immortality could be in play for Cheserek if he avoids getting out too quickly like he did a year ago when he ran his 3:52.01 collegiate record on the same track in Boston. Last year the pacer cracked off a 55.7 opening 400m that left the King with just enough steam to hold off a hard-charging Kyle Merber. Perhaps a more conservative first two laps would’ve allowed Cheserek to close harder than the 58-second last 400m he ran then. If done right, Ches will cross the 1200m on Friday right on pace and still have a 56 in his legs. That would put the world record in play.

I want to be clear here— 3:48.45 is incredibly fast indoors and no man has ever truly shaken a stick at the time. It would be a shock if Cheserek— who still maintains that the 5k and 10k are his true distances— could somehow run faster in his first professional season than the greatest miler of all time.

Shooters shoot, and so far Edward Cheserek hasn’t missed. He might fire up an airball in Boston. But that’s not entirely the point. The real entertainment is simply in him taking his heat check, as future events or injury concerns often keep distance runners from truly going for it this time of year. Cheserek, though, is still in limbo waiting for his U.S. citizenship and therefore can plan his schedule much differently than his fellow pros–fast times are really all Ches has to go for at this point. On Friday we’ll find out how truly hot he is. 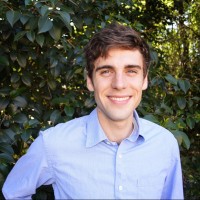 Lincoln Shryack is the proud owner of a 16:24 5k PR, and a husband and father, but not necessarily in that order. He lives in Austin, Texas.