What it does do is illicit some pretty excruciating conversation. I’m constantly having to smile my way through those insufferable “how long is your marathon this weekend?” question. Or, my personal favorite, “have you read any Dan Brown?” Alas, such is the life of any truly Renaissance man.

Recently, though, one of my running buddies told me about a little known Japanese writer by the name of Haruki Murakami. I’d heard of marathon great Yuki Kawauchi, but had no time for some author with a small cult following. Still, I humored myself with a quick Google search and found that Murakami had published a memoir entitled What I Talk About When I Talk About Running. It only sold about ten-million copies.

(This title, for those who don’t know, comes from a Raymond Carver short story, “What We Talk About When We Talk About Love,” which was adapted into the 2015 Oscar nominated film, Birdman.)

The book is Murakami’s meditation on running, writing, and, apparently, being god-awful at both. If I’m being honest, I only skimmed part of the first chapter, but that was more than enough to pass judgement on this literary “genius.”

I might launch into a full review of Murakami’s entire body of work, but to do so would waste precious time that could be better spent racking up more mileage (something Murakami himself would be wise to consider).

“I’m seriously running now. By seriously I mean thirty-six miles a week. In other words, six miles a day, six days a week. It would be better if I ran seven days, but I have to factor in rainy days, and days when work keeps me too busy.”

“Seriously” running? Seriously? I don’t see three digits there. I’d be putting in a buck-twenty a week…if I wasn’t hurt all the time. Besides, any serious runner wouldn’t take days off, especially for pathetic excuses like “rain” or “work.” Serious runners are working in their local running stores, putting a “career” on hold to chase their dreams of becoming a regionally recognized sub-elite. (Plus, if you’re not making six-figures, then what’s the point?) And you think Galen Rupp is taking days off because of some light drizzle? No way. Pollen, sure, but not rain!

Also, thanks, but we can do simple division. You have to condescend us because, what, you got nominated for the “Nobel Prize”? How many times you been in the Running2Win top 20, huh? Don’t @ me, bro.

“One more condition of being a gentleman would be keeping quiet about what you do to stay healthy. A gentleman shouldn’t go on and on about what he does to stay fit. At least that’s how I see it.”

Yeah, maybe if you’re slow! Makes sense that no one wants to hear about dipping under 30 minutes for your color run. But I’m almost twice as fast as that, and I’d be way faster if I had people to train with, could stop getting hurt, or someone would give me a sponsorship. In fact, if I actually cared enough to go to parties, all I’d have to do is pull up my TFRRS page and the girls would flock en masse.

“Even if [the runner] doesn’t break the time he’d hoped for, as long as he has the sense of satisfaction at having done his very best—and, possibly, having made some significant discovery about himself in the process—then that in itself is an accomplishment.”

Come. On. The only thing you should be discovering out on your runs is a deep, endless void of despair that swallows up all sensation and emotion until you feel only the dull ache of what it once meant to be human. Maybe then you’d do away with all this flowery sentimentality. Romanticism is dead, dude—just like my heart.

“The same can be said about my profession. In the novelist’s profession, as far as I’m concerned, there’s no such thing as winning or losing…What’s crucial is whether your writing attains the standards you’ve set for yourself.”

I don’t know about you, but I’m published in Citius Mag and one of my LetsRun posts got a QOTD one time. Sounds like #winning to me.

“After I left college I ran a bar, so I learned the importance of being with others and the obvious point that we can’t survive on our own.”

Uh, hello…It’s called Loneliness of the Long Distance Runner. Though, that book sucks too. I don’t remember reading anything about the main character’s PRs or weekly mileage. Jesus, the more I think about it, you “literary masters” really don’t know what the hell you’re talking about. John L. Parker, now there’s a writer of merit. He could give you people some real lessons in prose. And don’t worry—if your measly little vocabularies can’t sustain the polysyllabic onslaught of Once a Runner, all you’ve got to do is right click/synonym until it can.

You may acknowledge my acumen subsequently.

“Pain is inevitable. Suffering is optional.”

You know, for all the book’s shortcomings, Murakami actually gets this one right. It doesn’t matter if you’re out there running thirty-six miles a week or two-hundred-and-thirty-six. It’s still going to hurt.

And so, you can either be some liberal-snowflake-hobby-jogger about it, posting selfies with your finisher’s medal and writing terrible books, or you can get out there and suffer the right way. Like me. 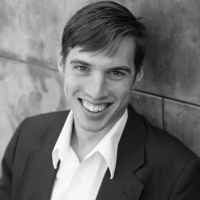 OPEN CALL: What's the most you've ever eaten?