My latest documentary, “Year of the Bison”, starring Nick Symmonds, is available for stream and download on Vimeo On Demand starting today!
It will be available on Amazon within the next week (They are taking longer than usual to process it).
But for all you Citwits out there, I’ll give you an exclusive sneak peek of the first five minutes of the film.
Why I made this film:
The idea for this film sparked in me while reading Tim Layden’s article in Sports Illustrated on Nick Symmonds and Ashton Eaton’s retirement in January 2017.  Ashton’s retirement was going to be effective immediately. Nick’s retirement was going to happen after he ran one more season.  I thought a lot about what would it be like for a professional athlete to go through a season, knowing it was going to be his last? Would it be any different than any season? Not a lot of pro athletes in Olympic sports announce their retirement and then go through another season. I can think of a handful of athletes that have done this in another sport. Looking through the Wikipedia pages for some of my favorite pro athletes of all time, their last season is summarized in just a sentence and just comes across as a footnote. Would Nick’s season be more than just a footnote?
I thought given those circumstances and the fact I know there hasn’t been a sports documentary dealing with an athlete putting in one more season before throwing in the towel, I viewed it as a chance for me to make an interesting documentary.
What went into making the documentary:
Over the course of the past year and a half, I have been with this project every step of the way.
Let me give you some stats on what went into making this documentary. Hopefully these make CITIUS MAG stats junkie Scott Olberding a little giddy.
-I put 12,000 miles on my Toyota Corolla making this documentary. (Imagine all the podcasts I listened to).
-I shot and acquired 700 gigabytes worth of footage, which equates to more than 25 hours of footage.
– Hundreds of bottles of San Pellegrino, Kombucha and cans of PBR were consumed while editing.
I’ll be joining Chris Chavez in an upcoming episode of The CITIUS MAG Podcast to talk more about the film. More than happy to answer any questions that you may have so tweet at us: @CITIUSMAG
0
Shares 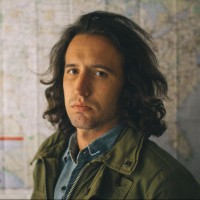